After the attacks on Paris, Beirut, and Baghdad, there has been a lot of tension in the world. The threat of another ISIS attack is looming large and many are frightened at the possibility that this could happen to people they love.

Those who find themselves taking the brunt of the backlash are Muslims, men and women who believe in Islam. While it's unfair for us to judge an entire group of people because of the bad decisions of a few, it certainly isn't stopping some from labeling Muslims as "terrorists."

To prove that not all Muslims are terrorists (and let's be real, it's a very small percentage taking part in these kinds of radical attacks), some have chosen to take to the streets of Paris, blindfolding themselves, asking people to trust them in a truly unique way. Just watch: 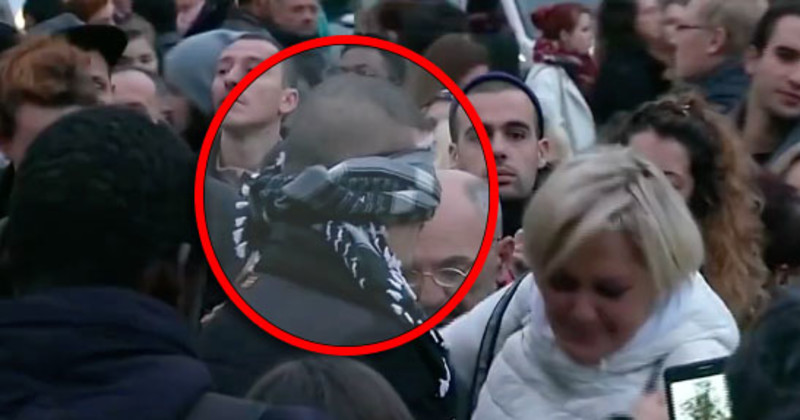 "I'm a Muslim and I'm told I'm a terrorist. I trust you. Do you trust me? If yes, hug me," his sign read.And this is how people in #Paris reacted...
Posted by NBC Nightly News with Lester Holt on Wednesday, November 18, 2015