They Took The Boat Out To Catch Fish, End Up Catching A Pair Of Kittens Instead

Jason Frost and his friend Brandon Key were out on the Warrior River in Alabama Saturday morning when they heard a splash and saw something swimming across the water toward them. They weren't sure exactly what it was until they heard the meows.

"Never in my life have I seen anything like that," Frost says in the video.

Frost said he isn't sure where the kittens came from, but he doesn't think they got loose. There aren't any homes near where they were fishing, he said. He thinks someone might have just dumped them there.

When they got to shore, they saw a family with two little girls who each wanted a kitten, and they gave them to the family. 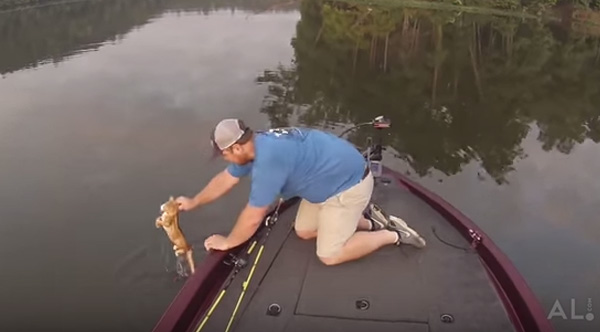 Frost said he's received messages on Facebook from people all over the country, thanking them for saving the kittens and, of course, expressing their shock that kittens could swim like that.