He Saw this Homeless Man as a Nuisance, Until he Discovered the Truth that Broke His Heart! Unexpected!

It’s human nature for us to want to protect our personal space and belongings from unwanted people, especially if they are strangers.

In this video, a store owner is ‘plagued’ with a disheveled, smelly homeless man that sleeps at his storefront each night. And each morning, the store owner chases the homeless man away usually in a mean fashion. He did everything in his power to make sure that the homeless man never came back. He threw plastic bottles at him, he woke him up with a dirty broom, and when he thought the homeless man urinated on his property, he even kicked him. But then one day, something changed. The homeless man was gone. At first the store owner thought nothing of it, but then as each day passed, he realized something was missing. He started to miss this homeless man that he believed was a pest. He missed him so much that he decided to watch their interactions on security footage that was recorded from a surveillance camera. The truth that it uncovered was truly unexpected and heart breaking, and left me in tears.

Watch the video below, and remember to never look down on someone unless you are helping them up. People must not look down on people … If you have not heard or seen the truth should you should search for the truth. Painting insults or judging people without knowing the facts, will make you remorseful in the end.

Please SHARE this video with everyone you know. It has an important message that everyone should see. 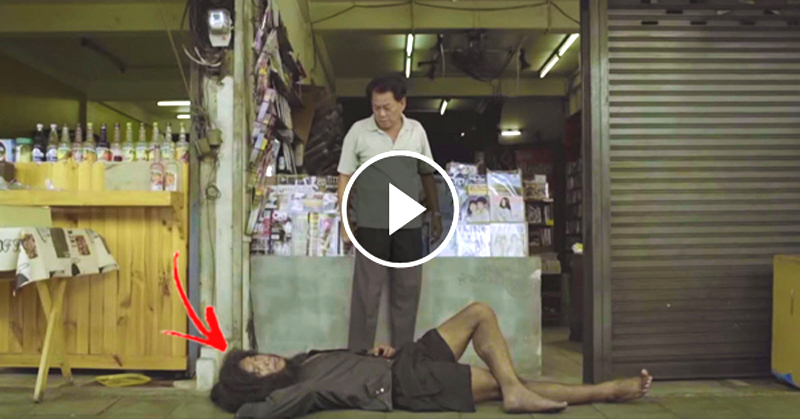