This Little Boy Is Hiking In The Grand Canyon. Now Look What Is Tied To His Waist. Amazing!

Bob Headings became paralyzed from the waist down when he fell off a ladder. That was 10 years ago, and no one had any idea that his greatest moment as a family man would come.  Well, it happened.

Bob has 3 sons who have 8 sons, and they all love him in such a great way that they couldn’t keep themselves from doing something lovely for him, so they decided to take him on a trip to the Grand Canyon.

Together, this great family hiked along the trails of the South Kaibab and the Bright Angel, much to the notion that anything is possible when people get united.

This video was captured well by John Honaker, and it serves to show that any obstacle can actually be overcome, as Bob’s grandson, Jase Headings, put it.

Citing Bob’s eldest son, Randy Headings, the family saw this as a great opportunity to appreciate the love of a father, and they took it. Watch them as they gracefully carry their dad’s wheel chair along the terrains of the Canyon.

A passerby even gives them a great point of approval, admitting that he’s never seen anything like that in the area before.

Watch this and feel warm. And please SHARE. Kudos to the Headings! 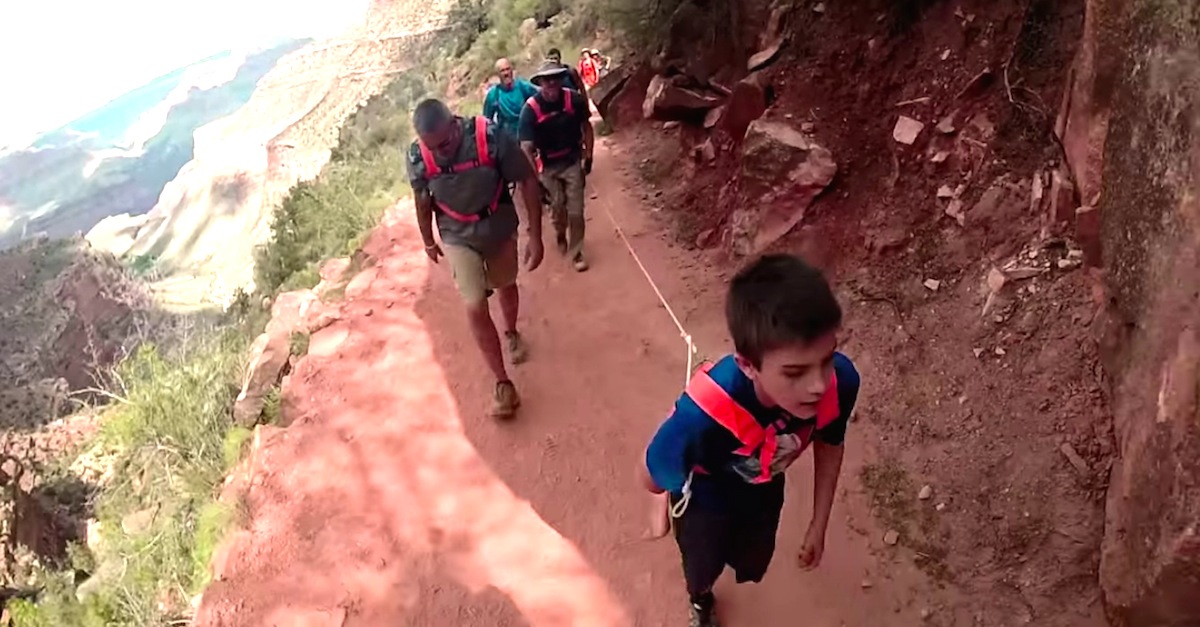