Via: OrganicHealth
All you need to become empowered to make cancer-preventive changes is knowledge. I suggest you not only learn this information for your own benefit, but also share it with other women in your life as well.
Putting on antiperspirant is a routine part of most people’s day, and you may not think much about it. But here’s why you should: if you use one containing aluminum, you could be increasing your risk of breast cancer. 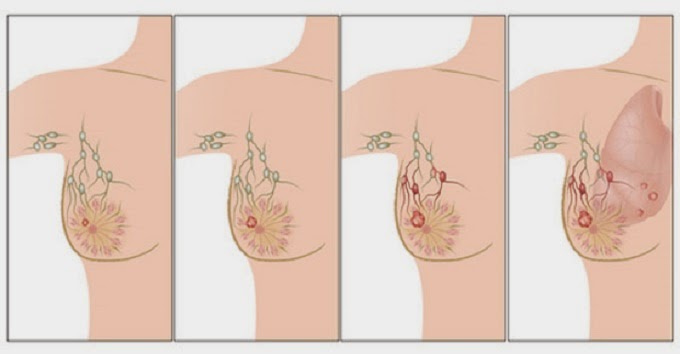 Antiperspirants work by clogging, closing, or blocking the pores that release sweat under your arms — with the active ingredient being aluminum. Not only does this block one of your body’s routes for detoxification (releasing toxins via your underarm sweat), but it raises concerns about where these metals are going once you roll them (or spray them) on.
Recent studies have shown a correlation between breast cancer and regular use of antiperspirants. The risk increases even more if the antiperspirant is used immediately after shaving.
Before there was a belief that the deodorant is much safer than the antiperspirant.
But few recent studies have confirmed the association of parabens, with breast cancer. The parabens are contained in many deodorants. A simple example, is the autopsy of a woman dying from breast cancer, in which high amount of parabens were found in her breast tissue.
Do Bra’s Cause Breast Cancer?
Many physicians and researchers agree that wearing a tight-fitting bra can cut off lymph drainage, which may contribute to the development of breast cancer because your body will be less able to excrete all the toxins you’re exposed to on a daily basis. Aluminum from antiperspirants is one potentially dangerous source of toxins that can accumulate if your lymph drainage is impaired.
There are few solid studies on bra wearing and breast cancer, but one of the most compelling was completed by medical anthropologists Sydney Singer and Soma Grismaijer — authors of Dressed to Kill: The Link Between Breast Cancer and Bras. The study of over 4,000 women found that women who do not wear bras have a much lower risk of breast cancer:
Their findings included:
Women who wore their bras 24 hours per day had a 3 out of 4 chance of developing breast cancer
Women who wore bras more than 12 hour per day, but not to bed, had a 1 out of 7 risk
Women who wore their bras less than 12 hours per day had a 1 out of 52 risk
Women who wore bras rarely or never had a 1 out of 168 chance of getting breast cancer
When comparing women who wore their bras 24 hours a day with those who did not wear bras at all, there was a 125-fold difference in risk. Based on the results of this study, the link between bras and breast cancer is about three times greater than the link between cigarette smoking and cancer.
Although this study did not control for other risk factors, which could have skewed their results, other studies have found similar compelling links. For example, a group of Japanese researchers found that wearing a girdle or bra can lower your levels of melatonin by 60 percent. The hormone melatonin is intimately involved with the regulation of your sleep cycles, and numerous studies have shown that melatonin has anti-cancer activities.
PLEASE DON’T IGNORE SHARE IT. THIS MIGHT SAVE SOMEONE’S LIFE…
Share on Facebook
What Do You Think ? Add a Comment...
Posted by Unknown at 5:37 AM
Email ThisBlogThis!Share to TwitterShare to Facebook
Labels: health
Newer Post Older Post