Many people feel insecurities in their relationships.  One day you might wonder why he is staying late, or if she is really out with her friends.  Whether you are suspicious or you are worried, one way to ease this anxiety is to simply talk about it. 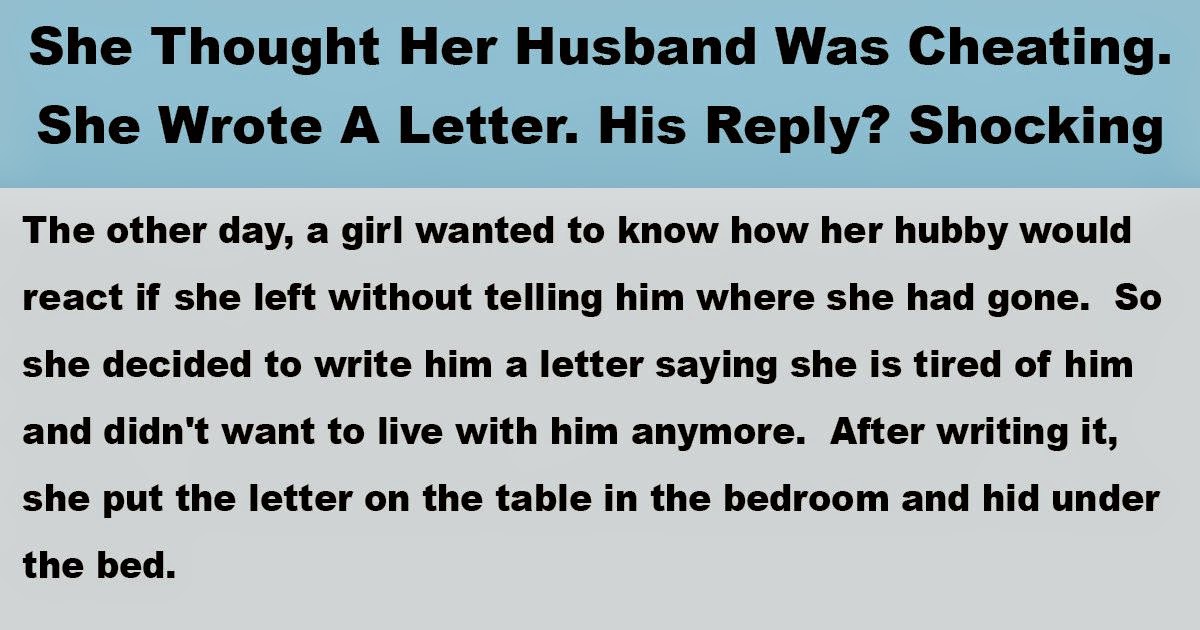 While that is the mature and easiest way to figure things out, you can always come up with a more inventive solution.  In this fictional story, the wife is worried that her husband might not be as devoted to their relationship as she is, so she decides to give him a test.  She gets results, but it definitely wasn't what she expected.

The other day, a girl wanted to know how her hubby would react if she left without telling him where she had gone.  So she decided to write him a letter saying she is tired of him and didn't want to live with him anymore.  After writing it, she put the letter on the table in the bedroom and hid under the bed.

When her hubby came back home, he saw the letter and read it.  Then, he wrote his own message down and began to sing and dance while changing his clothes.  He took out his phone, dialed someone, then said: "Hey babe, I'm just changing clothes then I will join you. As for the other fool, it has finally dawned on her that I was fooling around behind her back so she left me.  See you soon, honey!" Then her hubby walked out of the room.

In tears, she got up from under the bed and decided to read what her hubby wrote on the letter. When she picked it up and read it, it said: "I could see your feet, you idiot.  I am going out to buy bread."
Source
Share on Facebook
What Do You Think ? Add a Comment...
Posted by Unknown at 5:33 AM
Email ThisBlogThis!Share to TwitterShare to Facebook
Labels: life
Newer Post Older Post