Are You Ready? The Male Birth Control Pill Is Here

When I was growing up, I was taught that condoms were simply something that you wore when having sex with a partner that you aren’t monogamous with and you don’t stop until you’ve been tested for diseases and have some other family planning method in place. But now that I’m an adult person, I find it amazing how many young men in my life don’t see the importance of wearing condoms to prevent pregnancy. So for them, there’s another option: 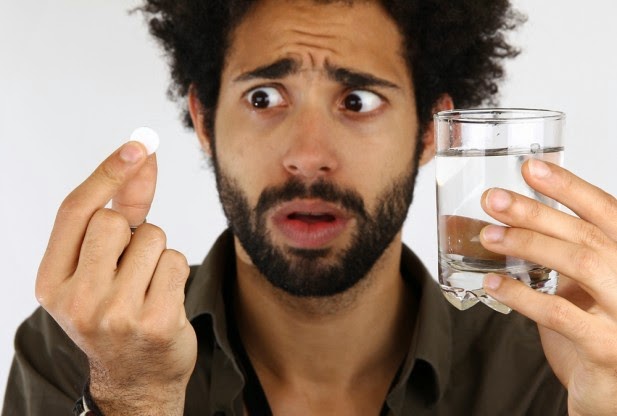 Researchers in Indonesia have found that a common plant, Justica gendarussa, can prevent pregnancy by boiling its leaves into a tea or regularly chewing on them. So scientists have decided to tap into the foliage for male birth control. They’ve synthesized a chemical from the gendarussa leaf and put it into pill form.

“It’s 99% effective,” says Bambang Prajogo, the lead scientist of the study. “The pill weakens enzymes in the sperm that allow them to squirm into a woman’s ovum.”

Men would take the pill once daily just like the female version. “But why don’t women just take birth control?” Setting aside for a moment the fact that preventing pregnancy truly is the responsibility of both adults involved, a lot of women can’t handle the hormonal changes that the pill brings with it. The male birth control does not tinker with hormones, though weight gain and increased libido have been unwanted (or maybe wanted, I don’t know) side effects of the pill.

While this pill looks promising, a much larger sample group will need to be studied to confirm its legitimacy. But it looks like it may not be too long before the guys will be out getting their birth control pills too.
Credits