A baby elephant survived a lion attack at the Normar Carr Safaris Chinzomboa Camp in Zambia recently, and the entire ordeal was documented on film. The baby lion was somehow able to fend off 14 lions before being reunited with its herd.

The baby elephant that survived the lion attack had been separated from its herd while close to a creek. Soon, what looked like an entire pride of lions tried to bring him down.

"In the 30-plus years I have been a safari guide in Zambia at the Luangwe Park, never have I seen anything like this," Innocent, the guide who accompanied the travelers, told The New York Post. "We were all so worried the baby elephant would be killed right before us."

They watched as the lions jumped and bit the elephant's back, tore into him with their claws, and tried to tire him out. But the elephant fought back, swinging its head back and forth and charging them. Just when the 1-year-old seemed tired, it managed to make it into the water and away from the lions.

Though it isn't shown on the video, the safari guide says the baby elephant was reunited with the herd once the lions gave up on him. He even earned a new nickname after his victory over the hungry predators.

"We've named the little fella Hercules. What a fighter," he said. 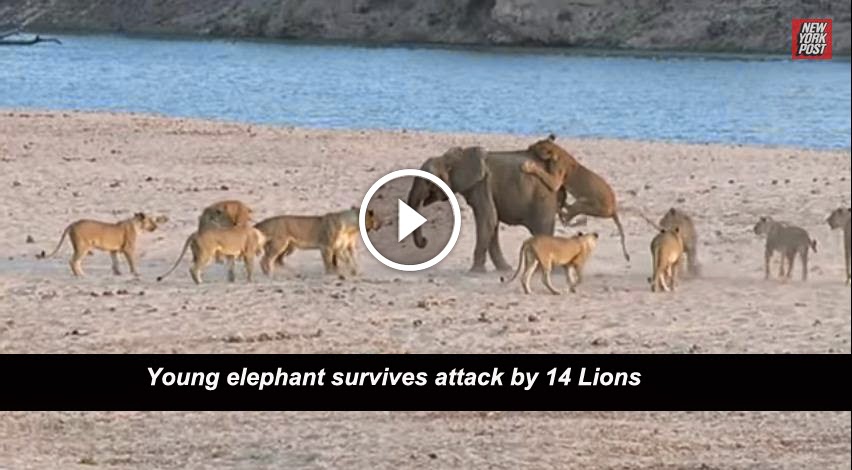