The Buddha is not a God. He is a Great Human Being

Those who do not know the Buddha properly, consider Him a God. The Buddha never esteemed such unnecessary glory, praise or honour. Nor did He expect such things.

“ O Bhikkhus, gains, offerings, glory, praise are all harsh and fierce. They are a danger preventing the achievement of the highest bliss of liberation. ”

The Buddha appeared among men solely to make people see their ignorance, lack of awareness, wrong views, fallacies, and wrong actions. Such a great man will never expect limitless deference, praise or honour from the people. 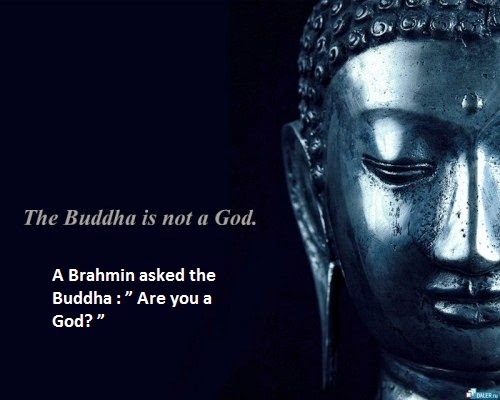 One day, the Buddha walked along the road from the city of Ukkattha to the city of Setavya. A Brahmin named Drona, travelling along the same road after the Buddha, saw His footprints. He looked at them and thought, “ These can never be the footprints of a human being. ” The Buddha stepped aside from the road and sat under a tree. Brahmin Drona walked up to the Buddha, whose demeanour was exceedingly calm and serene, and questioned Him thus:

based on
“The Greatest Man Who Ever Lived – The Supreme Buddha”
by Ven. Weragoda Sarada Maha Thero  [source]