The 10 Types Of Toxic People That Mentally Strong People Avoid

Other individuals affect us more than any other factor in the world. They are the most unpredictable, the most mysterious and the most exciting — at least, some are. There are other types of individuals, however. There are those who are more toxic than they are precious. If you want to live the best life possible, you should surround yourself with the best people possible.

More importantly, you will want to avoid all the toxic ones who will make you worse off for knowing them. Mentally strong people understand the importance and influence that human beings have on one another and use this knowledge to their advantage. The mentally strong aren’t flawless and aren’t impervious to all. With enough damage coming from enough sides, even the strongest will fall. The trick is to plan ahead and avoid those that make up the worst of the worst: 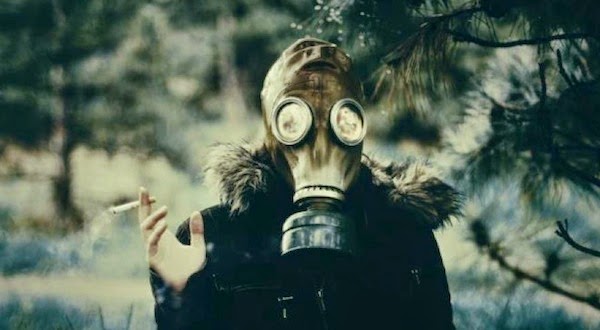 1. The Showoffs
Those who feel the need to be showy are always compensating for something and trying to prove their worth to themselves. Unfortunately for them, this is how you know they have little worth. Showing and trying to make other people envious is a waste of time, unless you’re trying to make yourself feel better about yourself at the expense of others. People that do such things are not the kind of people you want to keep around.
2. The Unintelligent
I’m not talking the kind of dumb that can’t be helped; I’m talking about the kind of dumb that is a result of an immense ego, voluntary ignorance and self-righteousness. Most of us know at least one or two people who are completely unintelligent as a result of continually making bad decisions and not learning from their mistakes for their entire lives.
3. The Leeches
Growing up, we’ve all had or been that friend who was always a bit broke and always happy to take a handout. When our friends are at a difficult point in their lives, there’s no reason not to help them out or to offer to pay for a few rounds of their drinks so they come out and have fun with the rest of the group. The problem is when the person seems comfortable in the position and is making little to no effort of improving their financial situation.
4. The Lazy
Laziness is a disease, one that is highly contagious. Lazy people make other people lazy. The more you hang around the immobile, the less you will feel the need to be mobile. The mentally strong are not impervious. Hang around lazy people too often and you’ll notice your productivity and general enjoyment of life plummeting.
5. Anyone Who Lives By The Saying, “YOLO”
Understanding that you only live once can put your life in perspective. In fact, it should put your life in perspective. Yet, the Biebers, Drakes and Mileys of the world somehow managed to get the message completely backwards. YOLO: Let’s get wasted and high, do stupid sh*t, throw up all over ourselves and possibly die while we’re at it! Yes, YOLO. The whole origin of this saying doesn’t suggest doing pointless, dumb crap. YOLO means you should spend your time doing something meaningful, with a purpose. YOLO: You have once chance; don’t screw it up.
6. The Big Talkers
Those that spend their time running their mouths spend little time doing anything else. It’s the mentally strong that don’t bother doing the talking because the work they are doing speaks for itself. The talkers, on the other hand, have nothing but the empty words they’re speaking.
7. The Constantly Depressed
Not those that have an actual chemical imbalance, but those who act like they do. We all know people who are always feeling bad for themselves, always complaining about how difficult their lives are and how unlucky they are. Bad luck is not a lifelong circumstance. If your life sucks, then guess what? It’s mostly, if not entirely, your fault. Don’t keep these folks around unless you want them to bring you down with them.
8. Those Who Stay Within Their Comfort Zones
If we wish to live a life of adventure, then those who aren’t adventurous need be avoided. All those you meet and come across in your life are partners on your journey, if only for a few seconds. Those we keep around more regularly end up steering our direction more than we realize. If you hope to leave your comfort zone regularly, then don’t hang out with those who aren’t willing to leave theirs. Their chain simply isn’t long enough to go for the ride.
9. The Non-Dreamers
Those who can’t dream don’t live. Life is about believing that things can be better — not just for you, but for everyone. What makes people human is dreaming and hoping that the change to come will be for the better. Those that don’t dream won’t allow you to dream, either, and will do their best to prove to you that your dreams are just that: dreams.
10. The Non-Believers
Worse than those who don’t dream are those who dream, but don’t believe that they can turn those dreams into reality. Those who don’t believe in themselves don’t amount to anything in life. They are the losers — those that are always there, but don’t influence the world. They live in a gloomy and depressing world where their lives are out of their hands. They go with the flow and never attempt to achieve any sort of success. Don’t rely on them to support you when you need the support, either. If they don’t believe in themselves, then they sure as hell won’t believe in you.
By -  PAUL HUDSON | elitedaily
Share on Facebook
What Do You Think ? Add a Comment...
Posted by Unknown at 8:07 AM
Email ThisBlogThis!Share to TwitterShare to Facebook
Labels: life
Newer Post Older Post